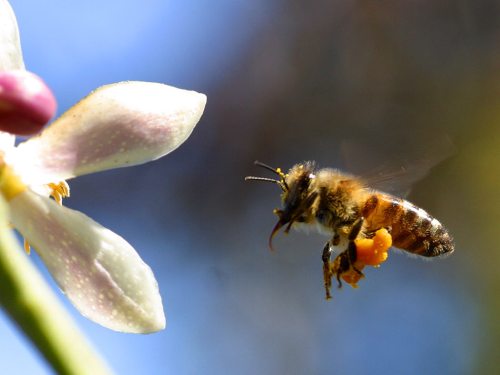 PHOENIX (AP) — Two women in Phoenix are in critical condition with hundreds of bee stings after a swarm attacked them while they were out for an evening walk.

A witness tells KTVK-TV she heard screaming Thursday evening and saw the women lying in the street covered in bees from head to toe. A man jumped in to help and was also stung.

All three were hospitalized, and the two women first attacked are in critical condition.

Phoenix firefighters searched for the hive and eventually found it and took it down.

Officials warn people to stay away from bee swarms and avoid loud noises or wild movements that may disturb the bees.

Yeah, let’s not disturb the frigging bees. OR THEY’LL KILL YOU!