Getting Ready to Head for Panama 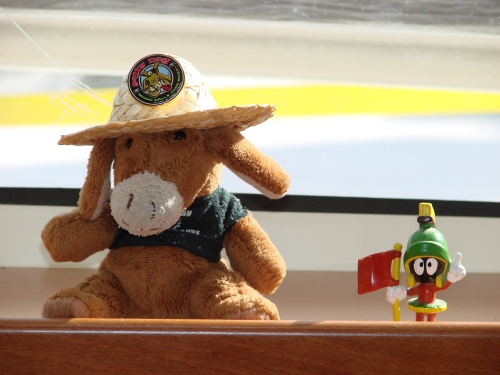 Our Two navigators, Donkey and The Alien are ready to roll. 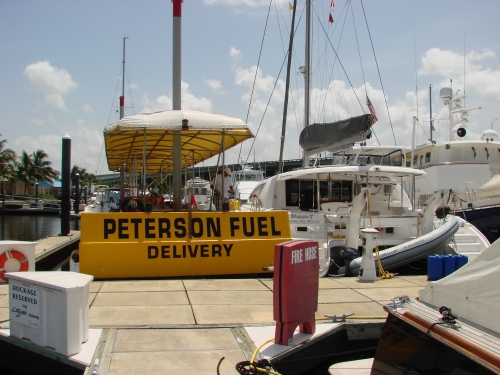 The coolest fule barge I’ve ever seen filling us up with the good stuff.

We loaded a few hundred gallons of diesel without having to go to the fule dock, thanks to the self-powered barge above. Powered with twin screws and a bow thruster, this barge, as you can see, can fit into some narrow spots. When it’s alongside the operator drops down two large pipes (spuds) that secure the barge in place without using docklines. Pretty cool.The operator said it worked fine as long as the water wasn’t too deep, natch.

As Andy quotes: “Sailors and ships rot in port.” Well, we’re not rotting, but it’s time to go to sea. We’ll get human fuel at BJs and Publix today and shove off tomorrow. Next stop will be either Providencia, just off the coast of Nicaragua, if we have time, or the entrance to the Panama Canal, if we don’t. The boat’s owner is flying into Panama City to join us for the trip through the Canal on the tenth, so there’s no reason to be there before the ninth.

I hope all is well with you all, and that you’re enjoying the final full month of Summer. Next update will be from a tropical port about 1,000 miles down range.

2 responses to “Getting Ready to Head for Panama”